Inside Track with Billy Lee 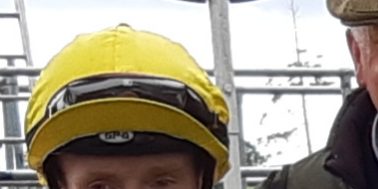 Ireland is blessed with an abundance of top jockeys at present and Billy Lee from Limerick is right up there with the best of them. We caught up Billy to get the inside track on his career to date, his big wins, his horses for 2020 and a few other little things about his time off the track.

From: From Ballingary and lives his fiancé Catriona and we are currently working on a new house and hope to move in next year.

Sporting idols growing up. I played soccer & GAA as a child but they always played second fiddle to the horses. I was a big fan of Charlie Swan.

Favourite soccer club or teams: I follow lots of sports but I’m a Manchester United fan, a trip to the Theatre of Dreams is on my bucket list. Being from Limerick I follow Munster. I would not have been a fan growing up but I do enjoy going to games in Thomond Park.

Pastimes: I play a small bit of golf but I love working on the farm with the cattle and horses. I’ve a few horses here. Of the horses there are a few to run and a few for sale, maybe get a bit of form into them and maybe sell them on.

Pressed on plans for training in the future given the history in the family…..I’m not sure about training but I could certainly see myself buying and selling horses.

Best holiday: I went to Australia for a month. My sister was in Brisbane at the time and we loved it. We went up to the Whitsunday Islands and it’s probably the nicest place I’ve been in my life, in particular Whitehaven Beach is beautiful. 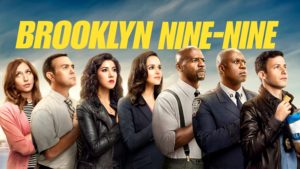 If you were not a jockey: Having grown up on the farm, it’s most likely I would be farming.

Earliest memory of horses: We always had horses on the farm. One of my earliest memories was going to the Point 2 Point with the family. My mother was a trainer at the time. All my sisters trained at one time or another. My Mam mainly trained horses for Point 2 Point’s. She did this for a number of years. She brought some horses to the track and enjoyed some success there was well.

Was there a horse that really caught your imagination of a young Billy Lee? Istabraq winning 1st Champion Hurdle 1998, Charlie Swan was on board.

We could not let this chat with Billy go with asking about the Castletown Donkey Derby, having come second in 1994, Did he ever win the race. I’ll never live that race down…! I rode in it a few times after but alas never managed to take home the top prize.

First job in racing: Outside of time helping the family I went to Tommy Stack at 14. I always wanted to be jockey. I started pony racing at 9 and always want to ride on the track proper. I went to Tommy’s for a Halloween break for a week. I returned regularly during school holidays. I only finished riding there about two years ago so I was there for the best part of 18 years.

First winner & where:  Zeno for Tommy Stack in August 2002 in Sligo. It was a wet day, I was as much a passenger on him really and he looked after me. I was 16 and had completed my Junior Cert a few months previous. Zeno was also my second winner as well.

Getting a start, after riding my first and second winner for Tommy I was on a high and I was supposed to go back to school into 5th year but that didn’t happen. I did my time with Tommy Stack & as part of it I spent 2 weeks in RACE in Kildare.

The horse: a horse that means a lot to me is Downforce he is trained by Willie McCreery. I had four wins on him but in April 2018 I rode him in Navan to win the Cork Stakes. It was my first winner after my Dad passed away so Downforce will always be very special.

The race win: Fiesolana in the Matron Stakes 2014 Group 1. That was the first Champions Weekend. She was very good and great to get a win on such a big weekend of racing..

Was there a turning point in your career? I don’t know about one particular turning point however I rode a mare for John Grogan from Cashel called Katla she was the only mare John trained and I always felted she helped raise my profile. I won a maiden on her in Cork in August 2010. We went on to win a few Listed races including the Coral Rockingham Stakes in York in October of 2010 and the Dark Angel EBF Sweet Mimosa Stakes in Naas.

A win that really demonstrated Billy’s class in the addle was the win on Space Traveller in the Clipper Logistics Race in Leopardstown which won ride of the year in 2019. Pressed a little for his thoughts during and after the race. Typical Billy Lee he does not make a big deal of it, he simply says Everything worked out on the day, the plan come late with one sweeping run around the outside and we got home.

Pressed on how/when to make a late move… it’s mostly instinctive and comes with experience. You know when it’s happening, you get a feeling that gives you confidence. You have confidence in the horse and yourself.

Tell us about Romanised; he is a very good horse and trained by Ken Condon, I won the Minstrel Stakes on him in 2019 before he went on to win the Group 1 in France. With racing not going ahead it’s a bit frustrating knowing I could be riding him. He is a very special horse.

Speaking of Gowran Park do you have any stand out memory & thoughts – Early on in my career I found it hard to get going in Gowran but once I got to know the place it’s been a very lucky track for me. Billy explains a little more about riding at Gowran Park “If you didn’t know Gowran Park you get found out very quick. With a bit of knowledge you know the track and it makes a difference. I’ve noticed Aidan O’Brien is not afraid to run a good two year old in maidens at Gowran Park. He runs good horses at Gowran, maybe he feels they learn plenty from the track and it’s undulations.

Of Billy’s big wins at Gowran Park “I’ve won a number of the Listed races. I rode Bloomfield to win the Vintage Tipple in 2018. In 2012 David Wachman trained a horse called Aloof for John Magnier and I won the Group 3 Denny Cordell Lavarack & Lanwades Stud Fillies Stakes on her by less than a length from Johnny Murtagh on Beatrice Aurore.

More recently, In June 2019 on the Kilkenny GAA Fundraiser Day Billy rode a nice treble all trained by Willie McCreery; Arabeska, Come September & Up Helly Aa. Billy adds “The latter was the one we fancied to run a big race that day so having got two on the board I was acutely aware that we really wanted Up Helly A to win. I was putting myself under a little bit of pressure. We would have been disappointed if he was beaten. Thankfully he won impressively.

Who do you usually travel to race meetings with? Seamie Heffernan. We tend to meet near Cashel on the motorway

What race would you love to win more than any other? It can be hard to get into the Derby, so I’d have a better chance of riding in the Guineas. I’d love to win either of the Irish Guineas.

You have spent a few winters abroad…. I did two stints in Dubai and one in Qatar. I enjoyed it but we have so much racing here I’d be slow to go back. The big difference in terms of racing is the track surface. In terms of race tactics, the focus of the race is the early speed, it’s similar to American racing where the early speed goes along way in winning a race.

Best racing advice you were given: I’ve received lots of advice and I try to remember and use as much as I can. Sometimes after a bad day I was reminded Tomorrow’s another day. I try not to dwell on bad results, just learn from them and move on. 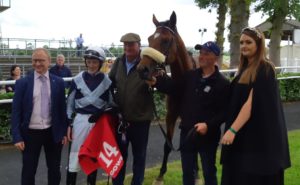 What’s your typical week at the during Covid 19? I live in near Ballingarry in Limerick which is approximately a 90 minute drive from the Curragh where I ride out twice or three times a week. I live close to the motorway which is certainly makes the drive far easier. The trainers I work with are Willie McCreery, Ken Condon and Paddy Twomey. I usually ride out 5 days a week but at this time it is a little quieter so I am riding out 2 or 3 day each week. I’m in the yard for 7am.

In the stable yard how have things changed with Covid 19?

With Covid 19 things have certainly changed, apart from the obvious with no racing, we are like every other industry implementing social distancing at work. At Willie’s there is only one person permitted in the tack room and in the tearoom at any one time. If anyone is feeling unwell or has a temperature Willie has told them to stay at home. It took getting used to but its for everyone’s health & safety and it is working fine.

You rode behind closed doors, how did you find it. Is it very different without the crowds in attendance in terms of atmosphere?  It certainly took a bit of getting used to. The difference is more apparent on the weekend meetings. From what I could see it worked very well. Everyone was playing their part.

Many people are eating out of boredom during Covid 19 how are you doing? I have dropped my focus a little but once we get the green light for a resumption I will concentrate far more and get back ready for racing.

Would you make Strength & Conditioning training a part of your routine?  I do it a little during the racing season and it certainly does help. I work with Wayne Middleton in Kildare I try get in once a week. I focus on my core and lower back as they take a good bit of strain. I’m usually working on the farm as well so there is a physical element to that type work and that would help in terms of arm and leg strength.

What horse are you looking forward to riding in 2020? The aforementioned, Romanised is certainly one I look forward to in 2020. Up Helly Aa is a horse that has a bright future for Willie McCreery, he is by Galileo. I rode him to win his maiden in Gowran Park in June 2019, he was the third winner of a treble that day and won by over 4 lengths. He went on to win the Navigation Stakes in Cork.

Are there any horses that excite you for 2020. Outside of the ones I hope to be riding Pinatubo was electric last year and like all racing fans I’d like to see how he goes this year as a 3 year old.

Did you know Billy won a listed hurdle race for Tommy Stack at Haydock on Wanango before focusing on the flat.